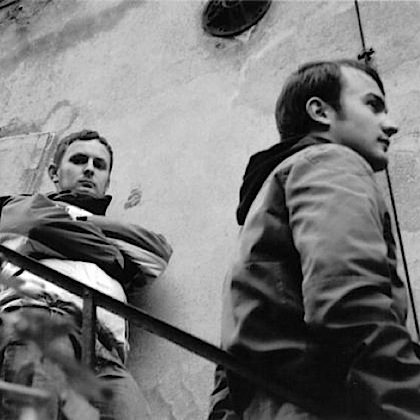 Marcel Bastisch and Markus Schneider are Zero In Something. Both were born 1983 in Neugersdorf (Germany). Mainly raised in the 90ties both guys have been influenced by different kinds of music but especially by Techno, House and the 90s Rave Anthems.

Since 2002 they work on own tracks seriously and developed an own deep sound inbetween House & Techno that is always influenced by their collected experiences. Their tracks and remixes have been played and supported by DJs all around the globe – such as Jus Ed, Peter Kruder, Mousse T., Hans Nieswandt, Lars Behrenroth, Estroe, Pedramovich and many more…

In their DJ sets they are going more and more back to technoid stuff but you will find smooth, dubby and deep tracks as well – it alwyas depends on thier mood and the places they are deejaying at.

In 2009 they also founded their own “Etoka Shapes” imprint as a sublabel of Liverpool based Etoka Records.