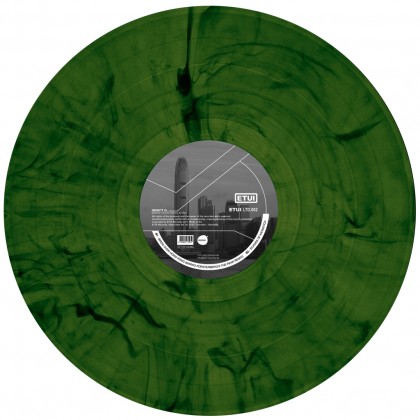 Whilst you are standing on top of Victoria Peak in Hong Kong and looking down to the city, you see majestic birds flying around the massive skyscrapers. In this moment you can feel the harmony between the stressful city and the nature surroundings. This feeling was the inspiration for Insect O. `s “Birds over Hong Kong”. Once again he spreads his love for deep techno with spacey chords and driven beats. Marko Furstenberg, who also played in Hong Kong in 2010 made a more Detroit techno inspired remix of the track. He is well-known for his releases on Ornaments or Rotary Cocktail.

“Rusty” is like your 17 years old car with which you drive every weekend to some dark techno parties in dirty underground locations. With its straight beat and spacey organ sounds the track tells you all about rough techno. In “Echoes of Antarctica” ice cold chords combined with a yearningly pad are flying over broken beats. It is an adventure trip to one of the coldest place on earth and shows a more experimental side of Insect O.’s work.

“Birds Over Hong Kong” is available as green/black marbled vinyl limited to 400 copies.