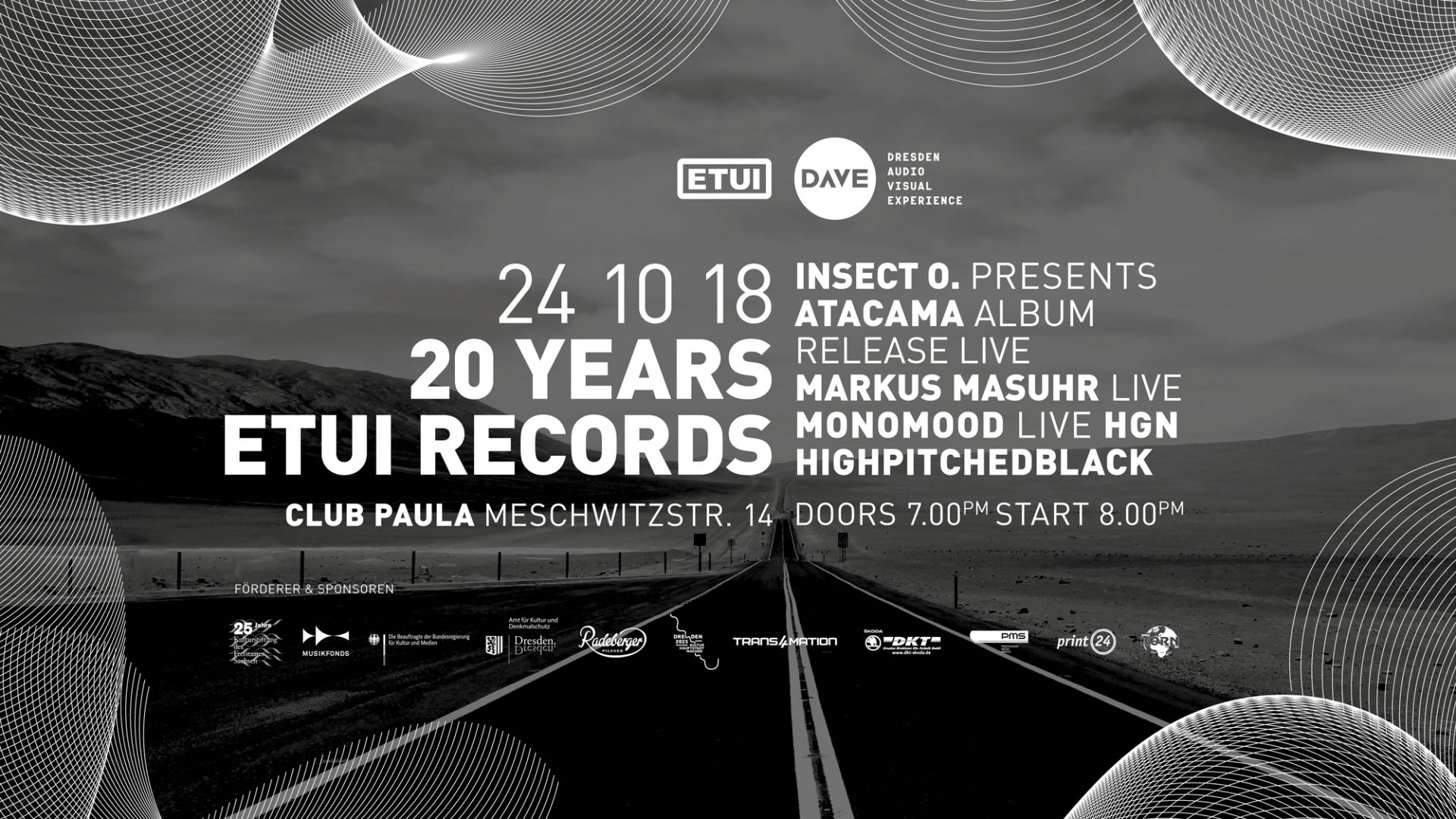 We are teaming up with DAVE Festival in Dresden to celebrate our 20th anniversary at Club Paula on October 24th 2018.

Insect O. will premier his Album “Atacama” live. The idea for the full length came into mind when he traveled from from Salar Uyuni in Bolivia to Atacama Desert in Chile. Surrounded by volcanoes his path took him 4.500m above sea level. His experiences he set to music in 10 tracks. He used field recordings of place where he have been and mixed it up with sounds from his analog synthesizers and modular system. It has become a soundtrack for journeys between Ambient, Dub and Techno. He calls it “music for traveling”. “Atacama” will be released on 2 x 12” vinyl in gatefold cover and digital download in October 2018.

As guest musicians label artists from Berlin and Leipzig are invited too. Monomood will play his new elelctronica live set. It’s the touch with nature and the power and quietness of big trees that made the melancholy in his tracks. Monomood sees the world trough his synesthetic eyes. On base of multi sensual experiences he forms new sound construction with echo stabs and jazzy melodies.

Markus Masuhr will perform an ambient and drone live set on his modular synthesizers. The Leipzig based artist is known for his raw techno sound in his live sets and tracks. But with chords and echoes he always gives his track that special kind of deepness. Let yourself be surprised.

Longterm label friend HGN will play the aftershow. The concerts will be visualised by video artist Highpitchedblack, who also did an amazing visual work at DUDE Open Air this year.