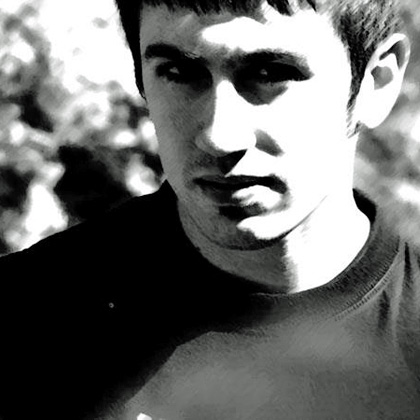 Feldkirch (Austria) born Alessandro Crimi  is an electronic music producer, DJ and record collector based in Switzerland. Music always has been his big passion. It all started very early when he found some real gems in his parents’ record collection from the likes of Kraftwerk, Pink Floyd, Pet Shop Boys or Depeche Mode which he really loved.

He is known for his deep and Dub influenced DJ sets, and many people say that he is a true specialist for playing warm ups. Alessandro showed his mixing skills at the Harry Klein Club (Munich), Club Home (Amsterdam), Rohstofflager (Zurich) and Macarena (Barcelona), just to name a few. His style can not only be described as deep and dubby, he is also producing and playing all kinds of House music, Detroit influenced Techno and Electro, Ambient and sometimes also Hip Hop / Jazz / Downbeat. Alessandro has named Matthew Herbert, Moodymann, Ron Trent, Larry Heard, Pépé Bradock, Soulphiction, Thomas Melchior, Akufen, Drexciya, Basic Channel, Maurizio, Rhythm & Sound, Jan Jelinek, Convextion, Monolake, Theorem and Move D amongst many others as his influences. His own music has been released on various vinyl and digital labels like Sthlmaudio, Italic, Broque and many others. In 2012 he has started the vinyl label ‘Waehlscheibe’ which he is running together with his friends.