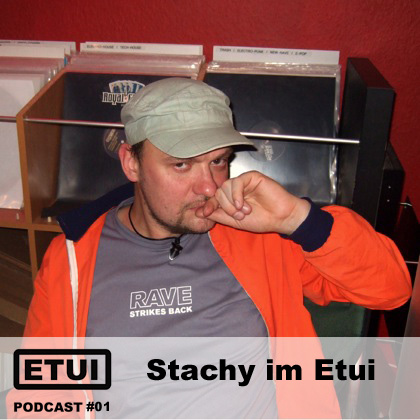 We start our podcast with a very special DJ Mix of our early releases by DJ Stachy aka stacy_G.

Stachy, born in Gdansk, ex-drummer of Fischmob and well known for his music adventures e.g. with Hofuku Sochi is without a doubt a versatile wunderkind. He heads out to far away places in the electronic universe as a DJ, as producer, or from his Studio ‘Maschinenraum’, making his fans happy with his DJ log books, live performances, and a lot more of his magic releases. In 2007 Stachy and Gunjah opened up the End Of Tape. They celebrate the end of an era with an amazing firework and bring the dancing masses together, where magnetic tape meets coloured film. A new electronic age named End Of Tape begins. Play it again, again, and again.