Flugzeugwerft – Dresden techno history from 1996 till 1998 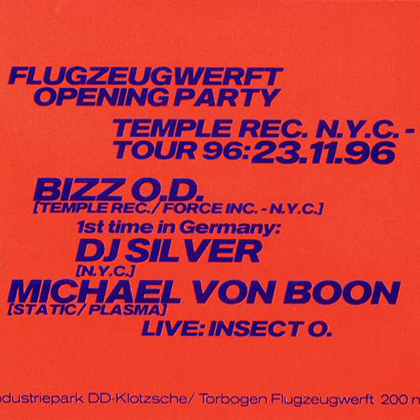 In the mid and end 90s Dresden was beside Berlin the epi center of techno culture in east germany. The city was full of semi legal underground venues and djs from Berlin to Detroit played every weekend. Flugzweugwerft was part of this culture and brought acts such as Derrick May (in cooperation with Object Club), Phuture 303, Alec Empire or Mike Dearborn to the city. By some people Dresden was called The Little Detroit From The East. 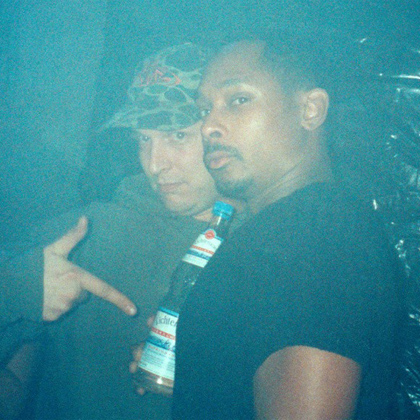 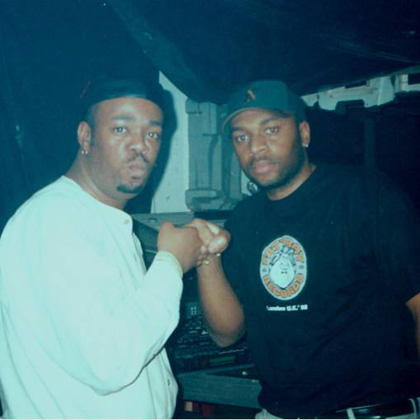 The promoters of Flugzeugwerft does not only focused on a good selection of artists, furthermore it was a playground for decoration and graphic arts, video and light installation and new concepts such as techno in concert – a night with live acts only. 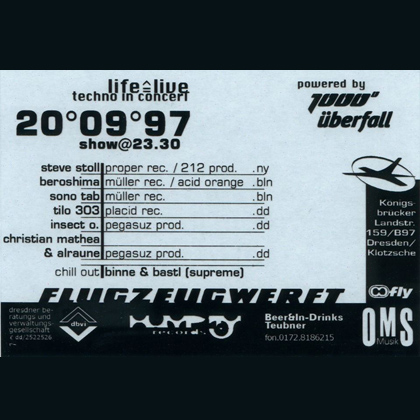 The venue was also the birthplace of the label Etui Records. For the first time the name was announced on a flyer for the party with Tim Taylor and Inigo Kennedy on May 9th 1998. With his Flugzeugwerft EP Insect O. dedicated the first release to the venue. 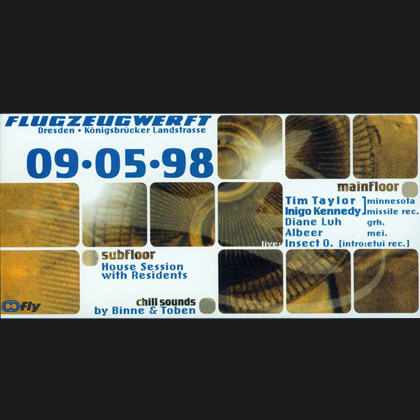 Flugzeugwerft had to close the doors by authority restrictions in late 1998.

See more flyers and photos on our facebook page: